Through these troublesome times it feels more important than ever to celebrate everything that you possibly can. Because of this, today is a very special day. Today, eight years ago, in October 2012, Siobhan Gardner-Laye put forward her business plan to start up Airport Angels Student Services.

Eight years ago, the seeds were being planted to create the company we have today. The water was seeping through the soil and the flower was starting to poke its pink bud out into the sunshine.

The idea for Airport Angels had actually come to Siobhan a few months earlier whilst working for a Language School, during the summer of that year. As part of the job, she was required to head off to the London airports to meet the incoming students and bring them back to the school campus’. She remembers it being an absolute nightmare at Heathrow. Often this wasn’t the Language School’s staff’s main job and was just seen as something that had to be done a couple of days a week. Out of the vast numbers of Language Schools there many had no professionalism to the process and it was obvious the planning that went into it was substandard, meaning young students were left to wait around for hours on end, bored and tired and there wasn’t really a plan to make it any better.

After spending weeks being involved at the stressful airport Arrivals Hall, it occurred to Siobhan that this isn’t how these children’s first taste of their exciting adventure to the UK should look like. Arriving at the airport in a new country is no doubt nerve-wracking for these students, but it is also the very first part of Great Britain that they see and their experience of it should reflect what the rest of their trip will be like. Welcomed with a smiley face, by someone whose only job was to make the child feel comfortable and pleased to be there, whilst also speeding up the time it takes until they can leave the airport and get on with what they are really there for.

This business was built on that idea. Being greeted with a happy face, by someone who wants to help you, who could essentially be your Guardian ‘Angel’ whilst at the ‘Airport.’ And we believe that this is still the fundamental requirement today!

Over the next five or six months it was full speed ahead with trying to find business and get contracts signed with Language Schools, who would put their trust in this new idea of outsourcing your airport meet and greets to a brand-new company, that didn’t really have a connection to your school. There were a lot of hits and misses, until we stumbled into the world of EF. The initial connection was there (our new, freshly pressed uniforms being the same bright pink as theirs). And after more than a few meetings, they placed their trust in us to take on their meet and greets at London Gatwick Airport. Our first summer in 2013 consisted almost entirely of myself and a group of university students working at Gatwick, meeting the EF students and helping them both onto their onward coaches and checking them in to head home. EF were the very first Language school to put their trust in us and allow the staff to showcase their skills, for which we will always be grateful. We continue to work with them to this day and now head up their meet and greets at Heathrow, Gatwick, Stansted, St Pancras and anywhere else they require us to be in the UK.

Through the next year we began to join forces with more Language Schools in preparation for the next summer. We also began to work with Chelsea Independent College, a boarding school which had its own boarding houses in West London. This would be the first of many boarding schools that we have worked with and something that we really enjoy. Its different to the summer Language School work, in the sense that with school students, they are more often than not individual bookings. It’s a lot easier to talk to one passenger as opposed to the masses of students that come running through in groups of twenty or more, not to say we don’t love this work just as much, it’s our bread and butter after all! But it was another string that we tied to our bow and a new challenge that  we would take in our stride.

The following year brought more variety after receiving a lot of interest from Guardianship companies. Siobhan has admitted that prior to the work we started doing for them, she didn’t actually know what a ‘Guardianship Company’ was! She soon came to learn that they are an extremely important part of any young international students’ life in the UK. They take care of everything that the child’s parents aren’t able to do whilst they are here. From travel, to providing host families, so it fits hand in hand with what we provide. It was because of this new business that Airport Angels were pushed to take the very big next step…..Airside! Meeting the children airside or being able to take them through to their departing flight was becoming more and more sort after. Having staff able to give the extra reassurance that the children would be looked after during every second of their time at the airport was definitely the new chapter that Airport Angels wanted and needed to write. In the summer of 2014 the ink had dried and the airside work began.

After the extra offer of airside services were included on our website, we obtained interest from a small number of VIP clients. For the first time the pink T-shirts and hoodies would have to be swapped for pink ties and (definitely not pink) suits! It had never  really been something that we had given much thought to, but it has certainly been enjoyable. At the end of the day, Angels are there to help anyone who requires it, children or adults. The airport is a maze that is difficult for anyone to navigate, whether you are a fourteen-year-old or a Hollywood actor.

This is also a great time to point out that we as a company have never used any marketing strategies and all of our business has come through word of mouth, which we are extremely proud of. From the people in the office to the staff at the airports, we have all used the effort we put into our work as our marketing and that is, we feel, the best possible marketing tool there is.

2016 saw a different type of change. This one wasn’t at the airport and wasn’t a  new exciting contract, but instead something that excited the office staff just as much! Our new booking system went live on our website. Prior to this everything was done via email, but the new system provided an easier way for bookings to be made and to be processed. We had finally arrived in the 21stcentury!

The new booking system brought with it a number of individual bookings from parents. Whether they were requiring help for their child who was heading off to meet family in Japan, or arriving in the UK to continue their education, from a relocated family in Norway, it didn’t matter. We were happy to help and never struggled to adapt. One of the main reasons as to why adapting has become so easy for our staff is because our staff retention has been thankfully, brilliant. We have full time staff members at most airports in the UK now, but during the busy summers and school holidays, it has been vitally important that we have been able to call upon the University and College students who have been happy to stay on through the years of their education. This means that we always have a number of staff members who have years of experience in what they do for us and are more than able to take on the role of mentor when new staff are brought in. However, this does mean that it makes it hard to say goodbye when it’s time for them to move on and even harder to get the girls to return their pink hoodies!

The individual bookings would only increase when British Airways decided to close their SkySolo Lounge at Heathrow  in January 2017, effectively bringing an end to their Unaccompanied Minor service. We essentially became many  parents next port of call after this and now have a large number of frequent clients that call on us every half term and end of term holidays.

The next couple of years have continued to allow us to broaden our horizons, with work coming in from a number of DMC’s and Tour Operators. At the beginning of 2019 we were also fortunate to start working with UK student groups to go along with the massive number of international students we have served for years. This time to send them off on their school trips. For some that meant flying to France for their first attempt at skiing, for others, LA as media students to see the wonders of the film industry. They do like to travel early in the morning though!

So, eight years on from when Siobhan put her dream of pink tops being followed through the arrivals hall by a mass of students onto paper, we’ve made it to 2020. A year like no other and sadly not for good reasons, but still a positive one for us none the less.  We have a few big announcements we are hoping to make at the end of this tremulous year. Ones that make us so excited for next year and beyond. 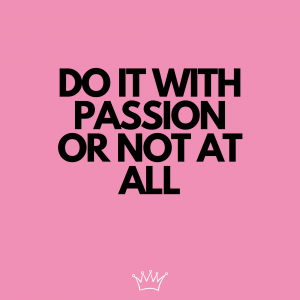 Because looking forward is the most important thing for us all to do right now.